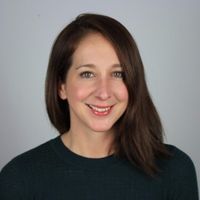 The London Borough of Enfield have appointed Pick Everard to undertake a viability study to restore the 16th Century Grade 2 Star listed Manor House in Broomfield Park, which was fire damaged during the 80s and recently again this year.

During the late 80s the site was stabilised with scaffolding and subsequently purchased and maintained by the Borough -  some say the scaffolding should be listed too.

Conservation projects are not easy; and there is a sensitivity and flexibility that Project Managers and their client's should allow for in the programme. Paramount to this is allowing for safe access. Without it, Stage 1 surveys become almost impossible.

At Broomfield, we are required to ensure that the house is safe for access before we can proceed with any surveys on site. Conisbee (Structural Engineers) were key in advising the Borough on how they go about making the House safe, free of debris and unsusceptible to collapse during our investigative period.

Whilst we're looking at a four week delay to programme as a result, it's comforting to know that the same situation transpired at Notre Dame.

How do you restore a building of importance when it could come down at any moment?  On projects of this nature, priorities quickly change from delivery to restitution and the programme pace inevitably takes heed.

"Safety will be the prime concern," says Dr Amira Elnokaly, a lecturer in archaeology at the University of Lincoln. "There should be critical inspections to avoid any risks of further collapses or falling debris."