Skanska's Flying Factories is an interesting concept that is delivering time and cost savings on major programmes.

One of the challenges of off-site construction is the initial overhead needed to get factories going. When Legal and General announced they were building a factory that would deliver 4,500 homes a year, that factory came with an eye-watering cost of £55 million.  It's a big but positive investment in a market that's volatile and sits at the mercy of planners and the whims of local and central government.

The Flying Factoties concept is near-site assembly, not full off-site construction. Initially funded as a research project through Innovate UK, and delivered in partnership with a host of partners including the BRE and the University of Reading, Skanska sets up temporary factories near major sites to enable workers to assemble elements of buildings in controlled environments.

I can see the advantages of this method. Repeatable standardised design can be applied to any large project, or programme if the design team and client are committed to it, be that M&E kit or elements of the fabric.

We are hopefully move into a time of growth for the industry. Massive house-building programmes are slowly coming forward from both the public and private sector, the MoJ is getting closer and closer to starting the construction of 9 new prisons, and increased government investment should come forward for schools and the NHS as we leave the EU.

But, with skills shortages and rising construction costs potentially stifling growth, we need new ideas like Flying Factories to shake up and change how we construct in the UK.

With modernise or die ringing in my ears, I hope this is only the beginning of the disruption we need to keep our industry alive.

Flying factories can be applied to any construction and engineering project with components and assemblies which are: Repeatable, with standardised designs Transportable mass manufactured 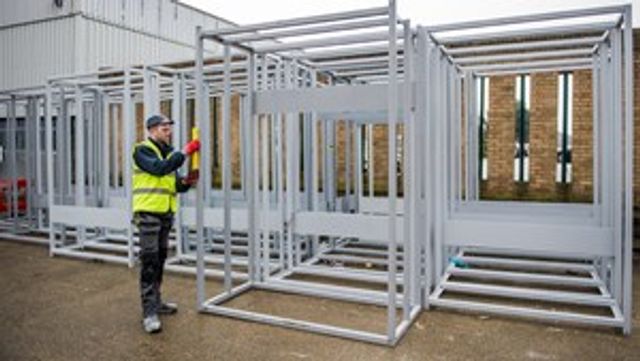