In many cases, a Client wishing to employ a project team will carry out interviews to help make the final decision regarding appointments. This forms the concluding phase of what can be a long and expensive process for tenderers, their supply chain and appointing bodies alike, so, it is worth doing all that reasonably can be done, to ensure that the correct decisions are made. In striving for this, the appointing body needs to continue to be fair and transparent. However, once tenders have been submitted, the opportunities for failing the fairness and transparency tests can increase. For example, the ITT response may give rise to issues that the appointing body wishes to clarify. So, when does the response to a clarification become a ‘second bite of the cherry’ and gives one tenderer an advantage over another who may not have been asked that or any other question? Should the response be marked to adjust the tenderer’s overall score, or should it be just received to give the appointing body the re-assurances it wanted? If the latter, those re-assurances may actually make that offer more attractive, so, how could this be reflected in the overall marking if it is not scored?

This issue may come out of the interview itself too when questions are asked about aspects of a bid. One reason often cited for holding interviews is that it gives the Client’s team a chance to get to meet the preferred bidders to help judge if they will get on. Well, what if they don’t? Whose fault is that? Not necessarily the bidder’s. Even if they do, how is this judged objectively between one bidder and the next? What happens if the teams that actually carry out the work differ from those attending the interview for whatever reason? Could that invalidate the interview process, albeit that it is too late then for the unsuccessful teams?

The interview also gives the tenderer the opportunity to present their offer and emphasise their understanding. It should be borne in mind here that the subject of the tender offer is unlikely to be a proficiency in making presentations, so cutting through how well the respective bidders perform and focussing purely on the subject matter is a key skill set for the interviewer.

So, what are the key rules?

A bit of early Devil’s advocacy can help here too. If you are making the decision regarding the contract award, imagine you are being cross-examined by a lawyer. Are you comfortable that you can objectively show and justify why one bid was fairly judged to be more attractive than the other? Have you the written evidence from the bidder that fully supports your conclusion? Have you treated everyone the same?

In the end, perhaps we need to recognise that the system is not and, perhaps cannot be, perfect and 100% objective and, whilst there is a residual element of subjectivity in the decision making process, this reflects the probable fact that the process cannot be risk free for anyone involved. 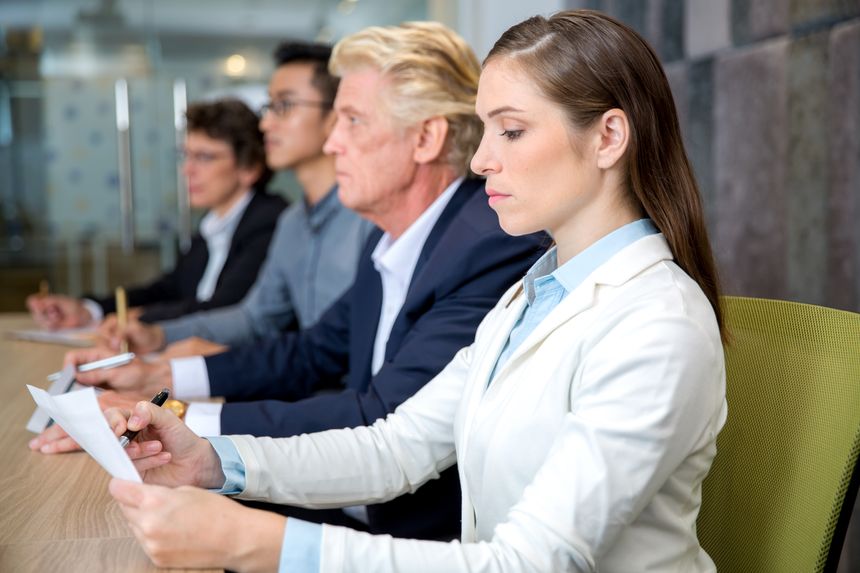